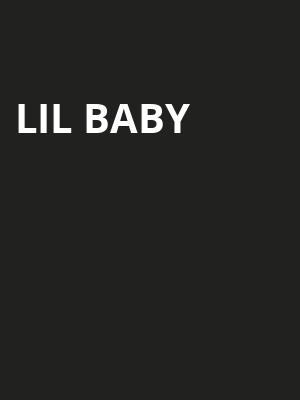 On a purely technical level, he's impressive. His words are vivid, his emotions pronounced, and his flow is frictionless; he hovers just over every beat like a puck on an air hockey table.

2017's trap breakout star Lil Baby hits the road on his Back Outside Tour! After releasing several strong mixtapes throughout 2017, the chart-topping artist released his first studio album in 2018. Debuting at number three on the US charts, Lil Baby secured his status as one of the USA's fastest rising stars.

The rapper has been slowly rising to notoriety after being signed to recording label Quality Control Music, and has had three songs chart on the Hot 100. 2020 saw the release of his highly anticipated sophomore effort, My Turn. Now catch him live on tour with co-creator, Lil Durk.

And before you stop reading

You may be required to have had a COVID vaccine in order to attend this performance or show proof of a negative test. Please contact the venue directly for more information on this.

About Tallahassee Theater: We are an independent show guide not a venue or show. We sell primary, discount and resale tickets and prices may be above or below face value.

View all times and dates

Sound good to you? Share this page on social media and let your friends know about Lil Baby at Donald L. Tucker Center.

Keep up to date

I want email news and updates for events in my area! Read how we protect your data.

You know the drill, websites need cookies to make them work. Details of how we do it here. Hello! It's probably obvious, but we need to let you know that we use cookies to enable us to run this website and for it to actually work! You can find lots more detail in our Cookie Policy.
Got it!